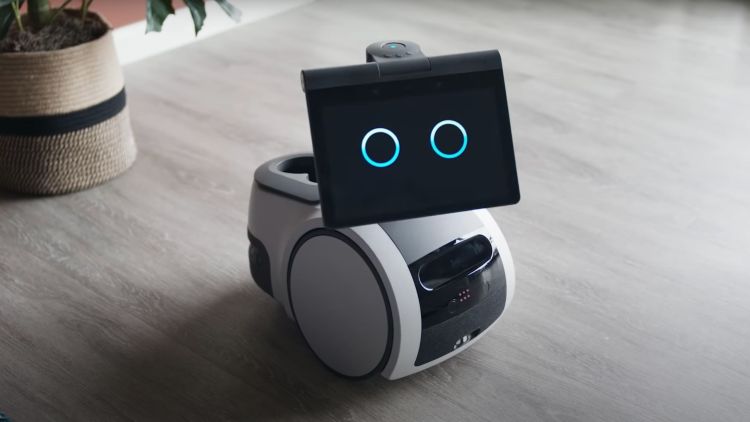 Why would you need a robot with a ten-inch screen, camera, sensors, and a bunch of other gadgets to go around your home and make Wall-E noises? Because Amazon thinks it might be useful in the future.

Astro, Amazon’s latest innovation, looks a lot like an Echo Show on wheels. It packs a lot of interesting technology and shows just how far deep learning, sensor technology, and mobile robots have come.

But a successful product needs a lot more than a nice-looking robot that brings together cutting-edge technologies and tried-and-tested applications. Astro still has much to do before it shows its real potential (or lack thereof).

Astro’s features have been covered in detail by other tech outlets. Basically, it’s a mobile robot that can do a bunch of stuff, such as carry drinks to specific destinations, play music and video, and provide remote monitoring of different parts of your home. It can recognize your home’s residents and detect strangers. It can react to unusual events such as the sound of breaking glass. And it can interact with other Amazon smart home devices such as Ring motion sensors and cameras.

Those are not very impressive feats per se, but what makes Astro interesting is that it performs most of those functions on its own hardware and without the need to run computations on Amazon’s servers.

In recent years, the limits of deep learning have led to big shifts in the AI industry. Chief among these limits are privacy issues and the growing discomfort of having your personal data sent, processed, and stored in the cloud, where big tech companies can use them for obscure purposes.

These worries, along with the need to reduce power consumption and network lag, have led to a push for running AI models on user devices. Two notable trends in this regard are TinyML, machine learning models that are compressed to run on resource-constrained devices, and edge AI hardware, processors that are specialized to run deep neural networks in a power-efficient way.

Other big tech companies, including Google and Apple, have also developed hardware and software that run sensitive operations such as face recognition and natural language processing on user devices.

The mobility part of Astro is especially interesting. The robot must detect walls, doors, objects, people, animals, obstacles, and stairs, and create a map of your home to navigate it. In robotics, this is called simultaneous localization and mapping (SLAM), and it’s a longstanding challenge of the field. Astro solves SLAM by using multiple cameras and sensors to map its surroundings and runs them through several neural networks and planner systems. Navigation, in particular, needs to happen on the device, because a roundtrip to the cloud would be expensive and too slow to deal with the real-time changes that can happen in a house.

Rodney Brooks, an acclaimed roboticist, says, “Astro does SLAM really well. To be able to do it locally and do it so fast, map out the world so quickly — I’m really impressed.”

While Astro runs its AI models on the device, it doesn’t mean that it will not collect any data. The remote applications of Astro, such as commanding it to inspect specific locations in your home, require the device to send some of your data to the cloud.

And it is also worth noting that in Astro’s current phase, which Amazon calls “Day 1 Edition,” the company will need to collect a lot of device data to examine how Astro is used and how the product can be improved. And at least one report indicates that the robot sends a great deal of data to the cloud.

In general, businesses that run on machine learning can rarely improve without collecting customer data. They need this data to finetune and retrain their machine learning models and maintain the edge over their competitors. So, you can’t expect Amazon, Google, Microsoft, and others to stop collecting your data. But you can expect them to do it in more privacy-friendly ways.

With more AI processing being done on the user devices, these companies can avoid the complications that come with storing user data in bulk in their servers. They can use techniques such as federated learning to improve machine learning models without the need to send sensitive data to Amazon servers.

Astro is a magnificent feat of science and engineering. But is it actually something you would want in your home?

A successful product is one that either addresses an unsolved problem or solves an existing problem so well that customers will choose it over their existing solutions. It should be about doing something better or cheaper (or both) than the alternatives.

When looked at from this perspective, Astro looks like a half-baked solution to unsolved problems or an expensive solution to problems that have already been addressed in more efficient and affordable ways.

Is Astro a mobile robot? If yes, then it is one that is limited to walking on flat grounds and open spaces. It can’t climb stairs, so if you have a two-story home, you’ll need a separate robot for each floor. It can’t open doors, so you’ll need to leave all the doors open if you want to give it free roaming space. And it can’t remove obstacles from its path, so tough luck if a child leaves toys in the doorway.

Is Astro a waiter robot? If yes, then it can only carry objects. You can’t tell it to go fetch you a drink from the fridge. It can’t pick up and handle objects and still needs someone to put the object in the container it has on its back. In most cases, I would prefer to personally hand over an item to a friend or sibling or parent and experience the reward of the social interaction than defer the task to a robot.

Is Astro a video conferencing device? Why would I want to pay $1,000 to stare down on a ten-inch screen (a very awkward perspective) when I already have a phone and computer that provide the same functionality in a much more comfortable position?

Is Astro a moving camera and sensor? If yes, then it sure as hell is an expensive one. For less than half the price of Astro, you can buy enough tilt-and-pan cameras and motion detection sensors to cover every corner of your home. And since Astro can’t “address” any of the situations it finds — such as showing that the oven is still on — it only solves half the problem. A smart home appliance that can be monitored and controlled remotely is a more efficient solution.

And regarding elderly care, I don’t think a robot that has been anthropomorphized with cute sounds and shapeshifting circles as eyes is a replacement for human care (or even an animal pet). As for reminding patients to take their medication or detecting health incidents, wearables and mobile devices provide much more reliable solutions.

A work in progress

I have several reasons to be skeptical about home robots. On the one hand, the struggles of home robot manufacturers are indicative of how hard it is to develop a business model in the field. On the other, these robots mostly follow the fantasies of half a century ago, and history shows that we are not very good at predicting the long-term impact and outcome of technological advances. In the words of PayPal co-founder Peter Thiel, “We wanted flying cars, instead we got 140 characters.”

Astro might end up joining Amazon’s long list of failed projects (like the Fire Phone). But I’m not dismissing it as a lost cause yet. The history of technology shows that some of the wackiest ideas turn out to become smash hits (few people thought that email in your pocket was a good idea when the first Blackberry devices arrived).

Amazon houses some of the brightest minds in artificial intelligence, robotics, and product management. And unlike robotics startups, Amazon has plenty of cash and a lot of maneuver space for failure and experimentation (with the caveat that iterating and innovating with hardware products is a lot more difficult and expensive than experimenting with ecommerce websites and software services).

I’m not looking forward to Amazon working out the kinks on home monitoring and conference calls. What I’m interested in are the unexpected twists that Astro’s development might take in the future. WhatsApp started out as an online status indicator. Flickr emerged from a massive online role-playing game. YouTube was supposed to be an online dating service before becoming the biggest video streaming platform in the world.

What will Astro (or its possible successors) look like in a couple of years? That will be interesting to see.

Ben Dickson is a software engineer and the founder of TechTalks. He writes about technology, business, and politics.

VentureBeat’s mission is to be a digital town square for technical decision-makers to gain knowledge about transformative technology and transact.

Our site delivers essential information on data technologies and strategies to guide you as you lead your organizations. We invite you to become a member of our community, to access:

Source:
Amazon’s Astro robot: A feat of science or a successful product?

15 sustainable fashion brands to add to your closet ASAP

Followers could not believe the nonsensical red card that David Luiz was issued against...

A Shaded sheriff’s deputy in Louisiana condemned police brutality and institutionalized racism. Then he...