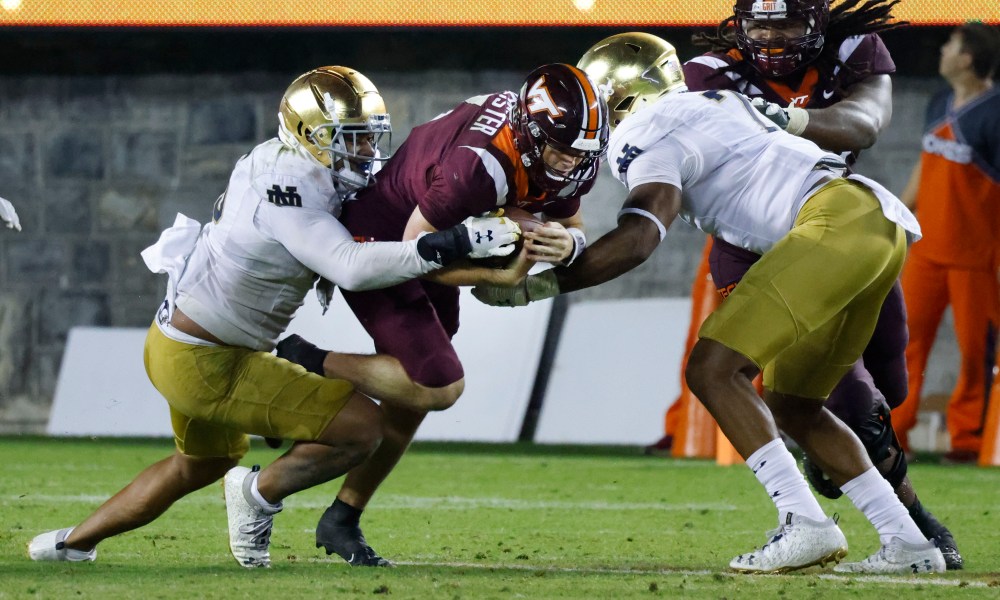 Notre Dame escaped Virginia Tech with an unlikely win last weekend as they had to call upon their benched starting quarterback to bail them out, which he stepped up and did.

Notre Dame now hits their bye week at 5-1 and as unimpressive as they’ve looked at times this year, they’ve still managed to get to 5-1.  Will that be a solid start to a memorable year or will the second half go the same route as some previous duds like 2014 or 2009?

The majority of the experts out there seem to think good things are in store for Notre Dame in the second half based off the most recent national bowl projections.  Five different outlets we found have Notre Dame going to three places and playing five different teams, four who would be included in college football’s group of blue bloods.

Levi Onwuzurike on his back damage: ‘I was always correct’

‘A historic moment’: Why a malaria vaccine in Africa will reignite the fight against...