Smartphone shipments during the July-September period fell by 6% compared to the same time last year according to the latest preliminary data from Canalys. Component shortages amidst the ongoing global chipset shortage are the main culprits here and according to some estimates, it will take at least another year before supply and demand balance out. 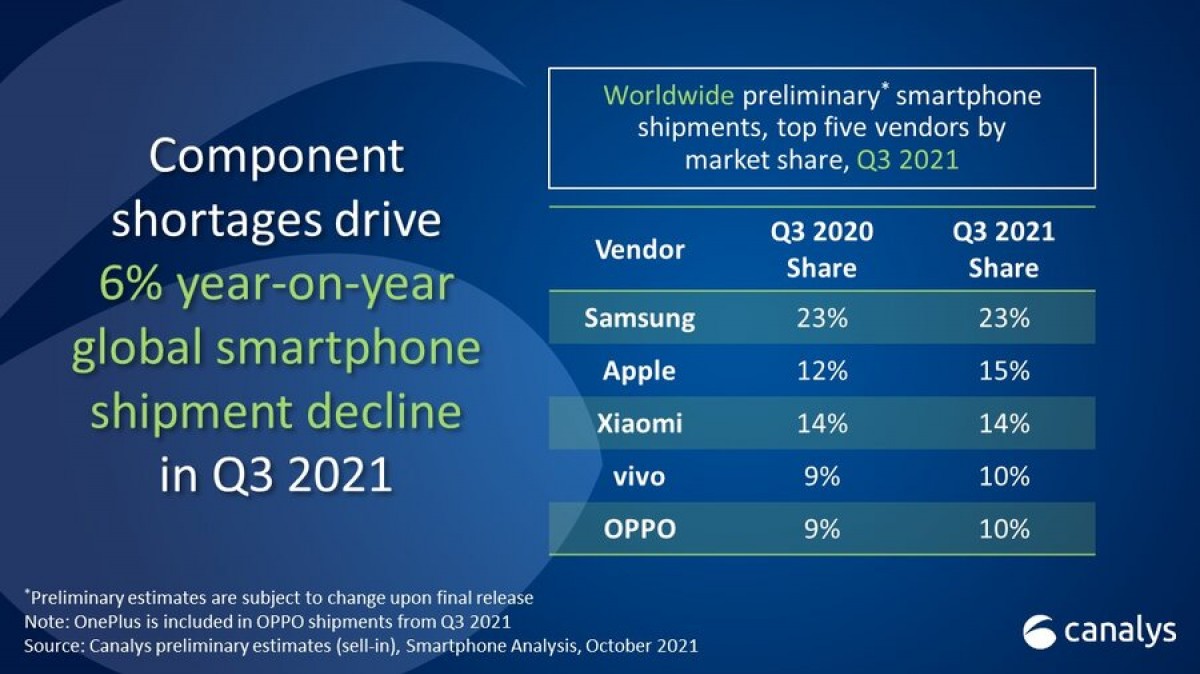 Samsung is once again at the top of the polls with 23% of all shipments for the period. Apple is second with 15% of the market which is 3 percentage points better than its share at the same time last year. Xiaomi slipped to the number three spot trailing Apple by just 1 percentage point while vivo (10%) and Oppo (10%) round out the top five players.

Looking ahead, the upcoming sales holidays including Single’s Day in China and Black Friday in Western markets are a chance for smartphone companies to gather stronger sales performance albeit with less aggressive discounts than those seen in past years.

Trump ramped up attacks on me to distract my father, Hunter Biden says

Meghan Markle On ‘Deal Or No Deal’ – The total lot To Know About...

How a Metropolis Comes Back to Life