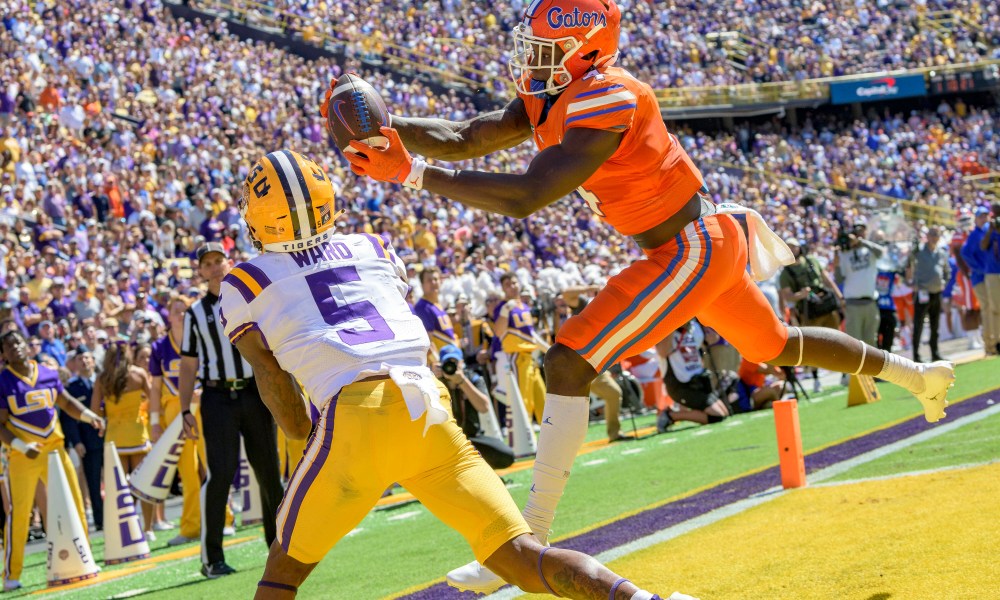 What was LSU’s defense doing?

The Tigers were set to have a strong 21-6 lead over No. 20 Florida going into halftime on Saturday, in part, thanks to a couple interceptions. All they had to do to basically ensure they entered the locker room with that lead was play good defense against the Gators’ Hail Mary attempt as the first-half clock ran out. Some defense, a touch of defense, anything would have helped.

Instead, LSU decided to approach the final play of the half as spectators. The Tigers had three players parked comfortably in the end zone as Florida junior quarterback Emory Jones launched a high pass in their direction.

LSU’s secondary could have tried to bat the ball down, get in some receivers’ ways and obstruct their view or do literally anything other than watch junior wide receiver Justin Shorter make what turned out to be an easy 42-yard touchdown catch.

HAIL MARY TO END THE HALF 😱 pic.twitter.com/lIWPHUTAAp

“Nobody for LSU even made an attempt to go for the football,” ESPN’s broadcast noted in disbelief.

Even the radio broadcast sounded confused about what was happening.

Florida closed the gap going into halftime, trailing 21-13, and college football Twitter had so many questions and jokes about what on earth LSU’s Hail Mary defense was doing.

Lol. This has to be the worst Hail Mary defense I’ve seen. Every single LSU defender was just ball watching. https://t.co/UkVEvHrKsd

LSU defensive backs seeing the ball in the air on that Hail Mary pic.twitter.com/REEKytBlzk

Three LSU d-backs and not one went for the football on a Hail Mary. WTH? Florida touchdown

Omg… the worst Hail Mary defense by LSU that I have ever seen in my life.

Then Ed O wastes his challenge on a clear TD.

What a gut-punch here by Florida completing the Hail Mary before halftime to cut the lead to 21-13.

An awful decision by Jay Ward, who seems to be trying to catch it for the meaningless interception rather than going up to knock it down. Massive momentum swing at the half. #LSU pic.twitter.com/dATgriOeb1

Blunt force trauma a factor in half of Tassal’s seal deaths, report shows

Ben Affleck Bonds With Daughter Violet, 15, In Fresh Images After ‘Ideal’ Birthday With...