It seems the Honor Play5 series is getting another member next week with the release of the Play5 Youth Edition officially confirmed to take place on October 25. Honor will hold a keynote at 7: 30 PM CST time (11: 30 AM UTC time). The accompanying teaser poster shows the device’s back with a large camera bump housing two camera sensors, an LED flash and what appears to be a sticker cutout to complete the look. 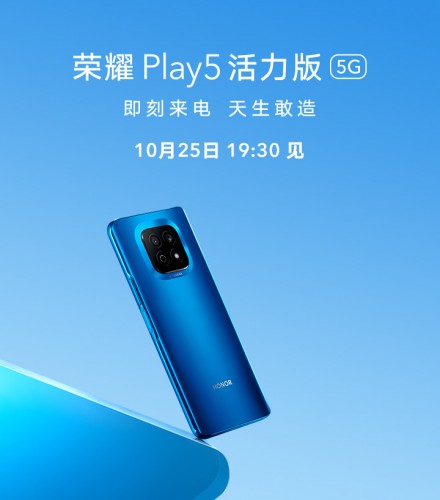 We can also spot a fingerprint scanner on the right-hand side which likely doubles as the power button. The volume rocker sits above it while the back of the phone has a pronounced curve. Based on rumors the Play5 Youth will use a Dimensity 700 or 720 at the helm. Not much else is known or speculated about the device at the moment but we should expect more teasers from Honor in the coming days leading up to October 25.

Foremost testing drive ahead of return to schools next week