KINGSTON, ONT. —
More than $100,000 in fines were handed out in Kingston, Ont. following a second straight weekend of large crowds in the city’s university district.

Around 4,000 people gathered in Kingston on Saturday for so-called “fake homecoming” parties, one week after 8,000 people were in the city for unsanctioned Queen’s University homecoming parties.

The crowds this past weekend were much smaller than the anticipated 16,000 people that authorities had said they expected. Police officers from Durham and York regions, Toronto, Gananoque, Smiths Falls, Belleville, and the OPP were called in to support Kingston police on Saturday. The local police service said one officer was injured during the enforcement.

Aggravated nuisance parties were declared Saturday afternoon on two streets, and officers cleared the area in the space of about two hours.

Police Chief Antje McNeely said in a press release that while there was an improvement in the crowds this past weekend compared to the weekend before, there was still, “aggressive, volatile, and disrespectful behaviour that has unfortunately become the norm these past weeks.”

Kingston’s commissioner of community services Paige Agnew noted that a lot of time, effort and resources were used in preparation for the past two weekends.

In a release, the city said the police handed out $30,000 worth of tickets for nuisance parties and arrested 12 people for public intoxication. One person who was arrested and charged with weapon and drug possession. Eighty-one Liquor Licence Act charges and two Highway Traffic Act charges were also laid.

Kingston bylaw officers handed out an additional 30 fines for failing to comply with an emergency order ($2,000 each), one $2,000 aggravated nuisance party fine, $6,000 worth of noise fines, $200 worth of tickets for yelling/shouting, and one $500 fine for obstructing an officer.

Kingston police issued a separate release Monday regarding an individual who was fined on Saturday, but who allegedly gave officers a fake name.

The man was fined for participating in an aggravated nuisance party on Aberdeen Street at around 2: 42 p.m. He was photographed wearing a white and orange long-sleeved shirt with “Queen’s” and “41” printed on the front and baggy orange pants. 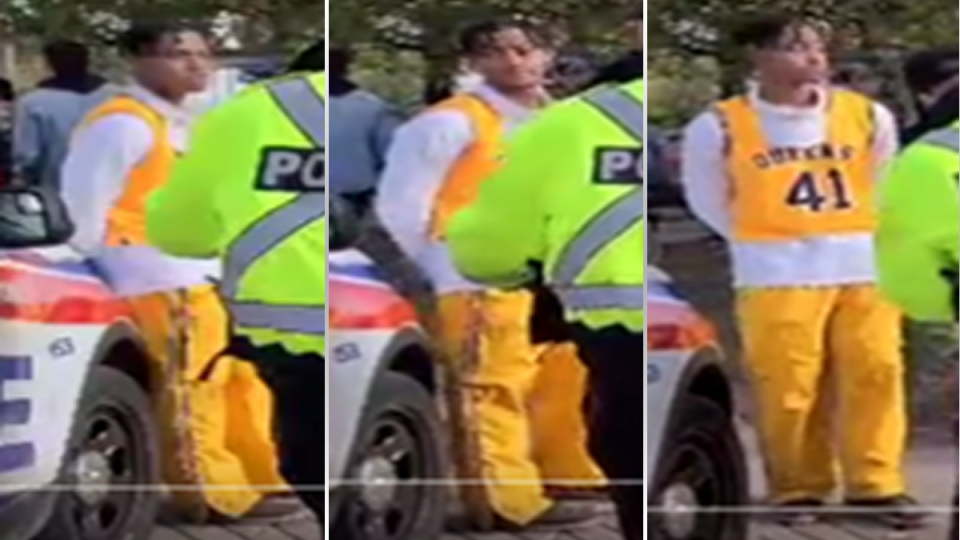 Source:
More than $100,000 in fines following second weekend of parties in Kingston, Ont.

Over 39,000 Folks Order By These Spaghetti Strap Bralettes For Working Out In The...