Oscar Peterson: Black + White tells the story of how a working class Montrealer became an internationally renowned jazz musician and influenced other greats like Herbie Hancock and Billy Joel along the way.

Barry Avrich’s new documentary about late Montreal jazz legend Oscar Peterson harkens back to the era of black and white television but seeks to situate the legacy of the great Canadian pianist firmly in the present.

“There’s no needle in the arm, there’s no huge bouts of alcoholism. This was just an extraordinary musician who, as he says in the beginning of the film: ‘I came to play,'” said the filmmaker.

“There can be a great story about an artist without the drama,” said Avrich.

He says the film came together at breakneck speed, the same way Peterson’s fingers moved across the keys of a piano.

“I made this documentary in almost seven months,” Avrich said. “And his music pace and the way he played almost dictated the pace of how quickly I seemed to move in making the film.”

The producer, director and filmmaker says while pandemic restrictions presented some challenges, they also freed up some bigger names for feature interviews.

“I was lucky that during COVID these stars weren’t touring yet,” said Avrich.

“Herbie Hancock, Ramsey Lewis and Jon Batiste … Billy Joel, we reached out to [him on a Friday] and he said, ‘Sure! How about Tuesday?”

Avrich lives in Toronto but was born and raised in Montreal. He says he fell in love with Peterson’s music while sifting through his parents’ record collection as a child.

“I kind of discovered these albums in the basement, in this teak cabinet that my parents had,” he said.

“My friends were listening to Boston, Styx, Dire Straits and Supertramp … I loved that, too, but jazz was a different journey.”

LISTEN | Barry Avrich on his new documentary about Oscar Peterson 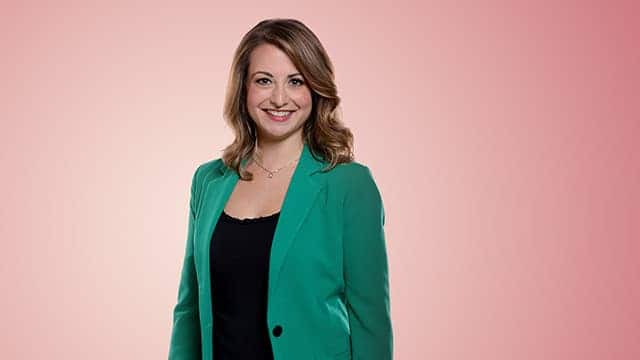 There is a new documentary coming out Friday about Montreal Jazz musician Oscar Peterson… We’ll speak to the filmmaker behind it. 9: 31

Another important element of Avrich’s film is the history of racial injustice and the impact segregation in the United States had on Peterson as a Black man travelling to perform south of the border.

When the documentary premiered at the Toronto International Film Festival (TIFF) earlier this month, Canadian gospel and blues singer Jackie Richardson was on hand to sing Hymn to Freedom, Peterson’s ode to the civil rights’ movement of the 1960’s.

“[Hymn to Freedom] was Oscar’s composition about experiencing racial prejudice and discrimination touring in the United States,” said Avrich, “and I wanted that song in the film to show that things really haven’t changed.”

Ultimately though, Avrich says the documentary is an expression of love.

“You can see so much of Montreal in the beginning of this film… as Oscar sort of evolves before he leaves Montreal, and that, to me, is my roots.”

The Handoff: An antidote for Americans’ fear and division