MONTREAL —
One person was killed and another injured after a plane towing a banner saying “Will you marry me?” crashed near the Osheaga festival site in Montreal.

Montreal police and firefighters responded after receiving a call reporting the crash around 6 p.m..

“One person is sadly deceased in this event, and a second person is transported to the hospital,” said police spokesperson Veronique Comtois.

The small plane went down in Park Dieppe near Habitat 67, which is next to de la Concorde Bridge that leads to Ile Ste-Helene where the Osheaga Get Together music festival is taking place.

“There was a Cessna 172 that was towing a banner that was involved in an accident,” said Transportation Safety Board of Canada (TSB) spokesperson Chris Krepski.

Krepski said a TSB team will investigate the circumstances that led to the crash.

The flight path shows that the plane took off from the St-Mathieu-de-Laprairie Airport at 5: 46 p.m. and the flight data shows that the Cessna was the same one that made an emergency landing on Parc Ave. in 2006. 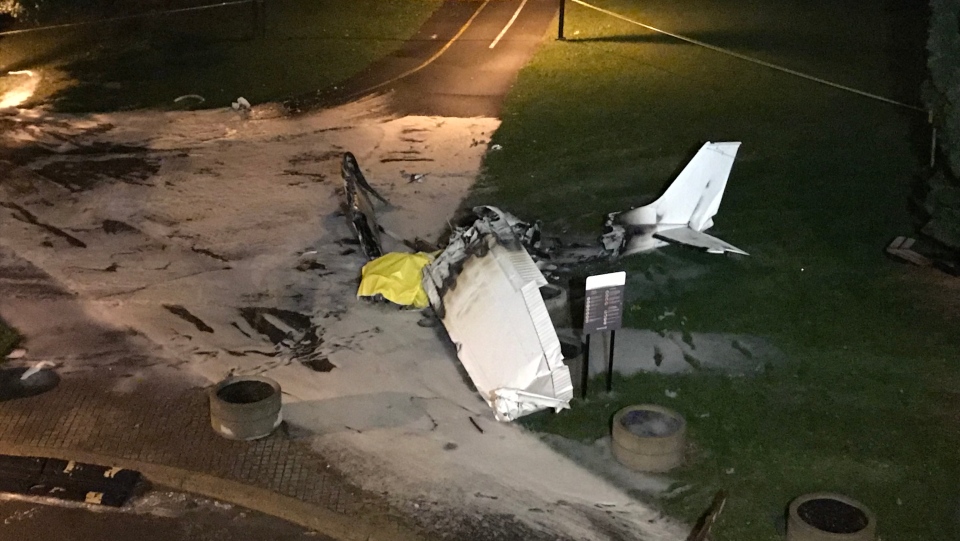 A Cessna 172 crashed in Dieppe Park in Montreal on Oct. 2, 2021 killing one and injuring another.

Source:
One dead, one injured after plane crash in Montreal