The Oppo K9 Pro announced last month in China is currently available in Obsidian Black and Glacier Blue colors, which will be joined by a third colorway called Neon Silver (machine translated from Chinese) on October 20 – the same day Oppo will introduce the K9s.

Oppo says the Neon Silver version has an alloy texture, and the image it shared shows the camera rings having rainbow-like color. The rings are either painted that way or look like that from this angle due to the reflection of light because the text on the right side of the cameras also has a similar effect. 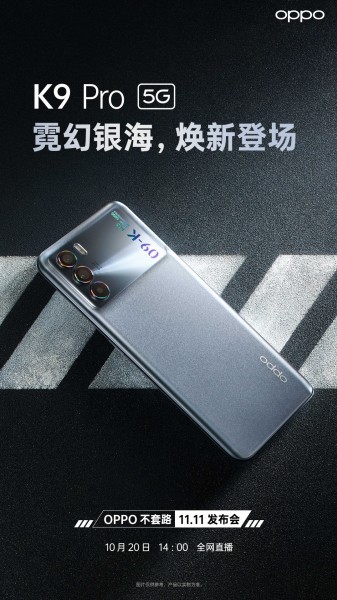 Source (in Chinese) | Via

Source:
Oppo K9 Pro will get a new color variant on October 20

Lightning strikes, seagull assaults, ‘DudeFest’: Records from around our 50 states