Just about half a year ago, we had the Oppo Reno5 5G in for review and now the Reno6 series is upon us. Once again, the vanilla version is the center of attention and likely to be Oppo’s main representative from the series in the European and Indian markets. Sadly, the Reno6 Pro+’s market availability outside of China is still a mystery.

Still, we are somewhat glad to have the vanilla Reno6 for the review as it’s the only one in the family with updated looks. The design is a big departure from the previous generation, even though most of the hardware on the inside has been recycled from the previous model. It’s unrealistic to expect a big generational jump in just six months so that’s fine by us. The Reno6 5G is a well-rounded midranger with the new and rather uncommon MediaTek Dimensity 900 chipset and a generous amount of memory – 8GB/128GB or 12GB/256GB.

The camera setup, although not proficient, seems to be mostly in line with the current state of the mid-range market segment. In fact, only the most expensive option from the series would give you proper telephoto and ultrawide cameras. The non-Plus Pro model carries the same camera setup as the vanilla configuration. 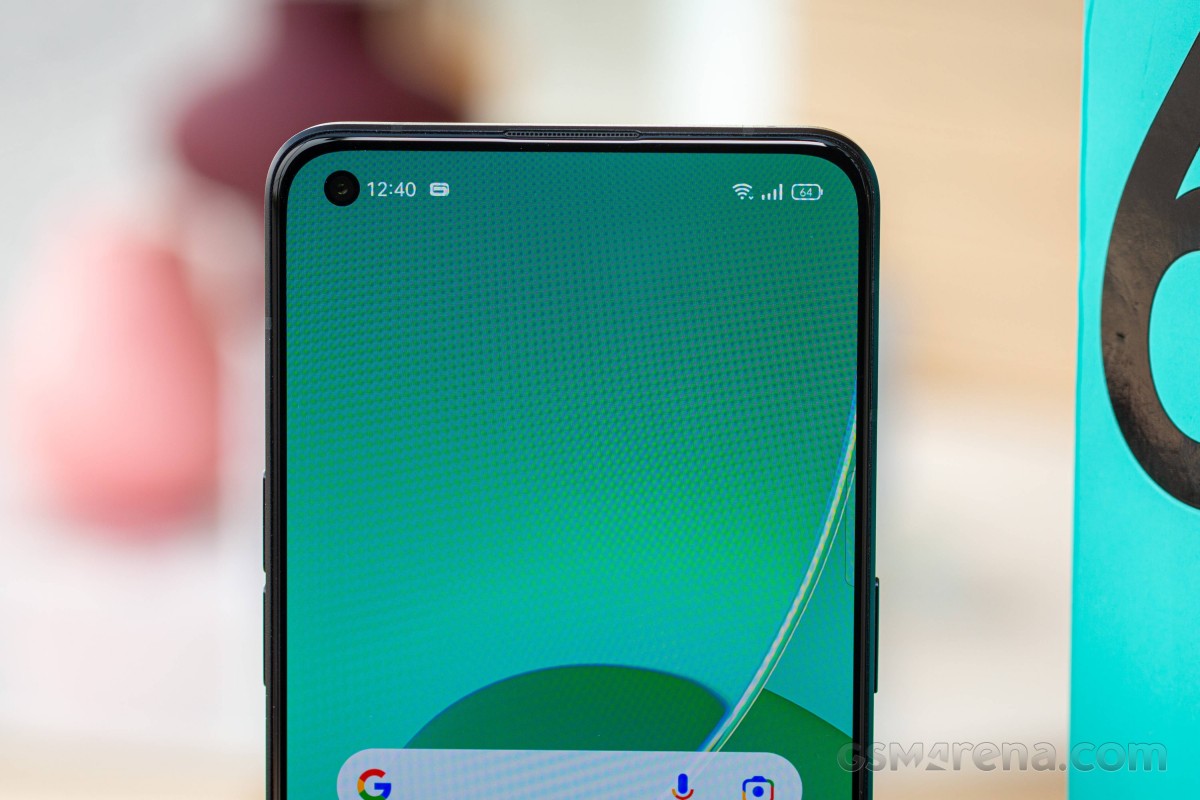 Oppo’s specialty – fast charging – isn’t neglected as well. The device has a bit smaller than your average midranger’s battery capacity, but it smokes the competition with a snappy 65W SuperVOOC 2.0 charging support. 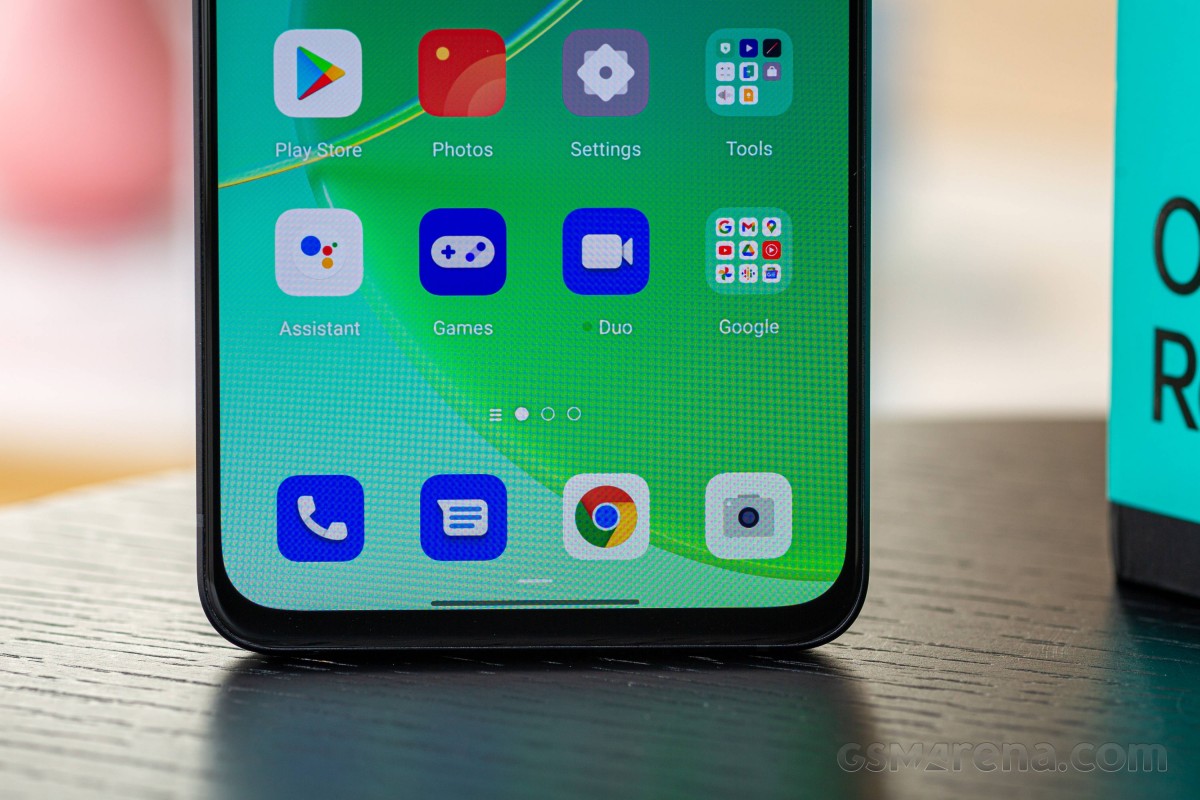 It all sounds well outside of context, but now it’s time to put the Reno6 5G into one. The mid-tier segment is rather overpopulated, and there are plenty of brands competing for your hard-earned money, especially in the €400-500 price range, which is occupied by the Reno6 5G. Follow us into the next pages to see how it fares in our tests and how it compare it to the competition.

The device comes in a generous package containing not only the usual user manuals, appropriate charger and USB-A to USB-C cable but also a protective silicone case. Not that the charger is a given these days. 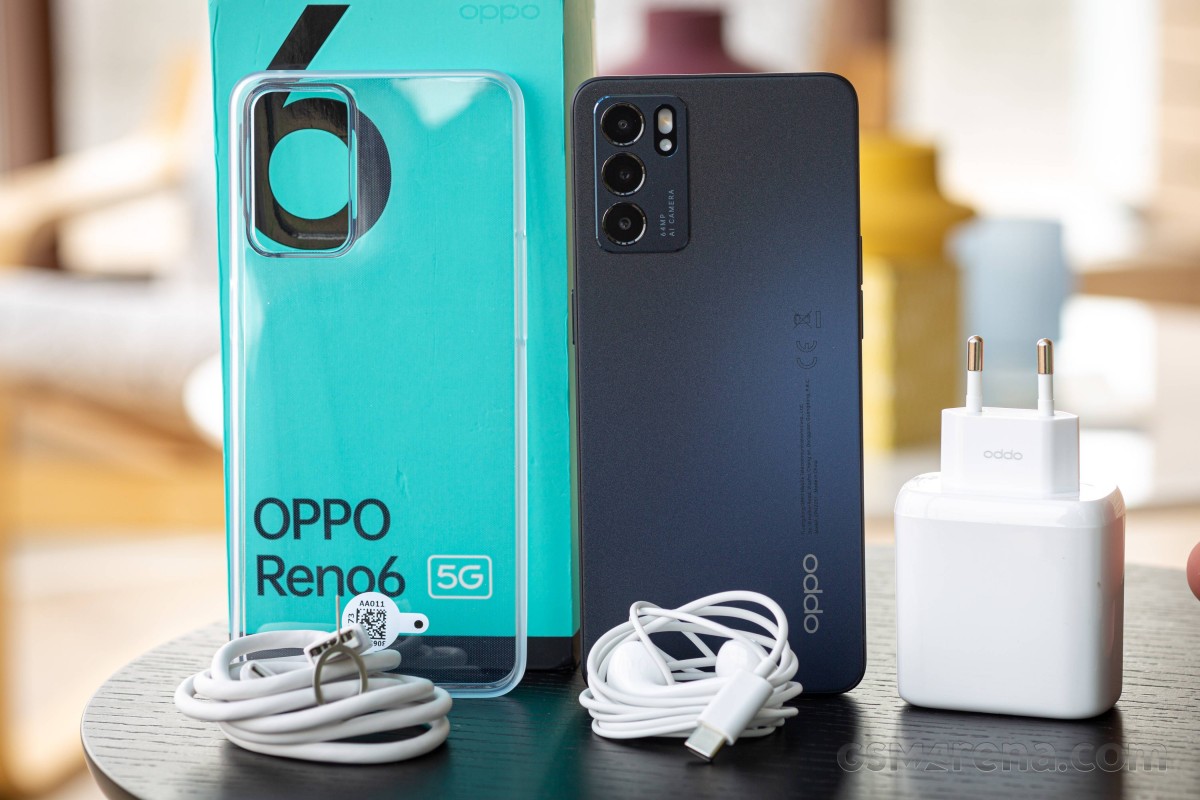 Since the phone doesn’t have a 3.5mm audio jack, Oppo has provided a pair of wired USB-C earbuds that would do just fine if you are not a fan of wireless headphones.