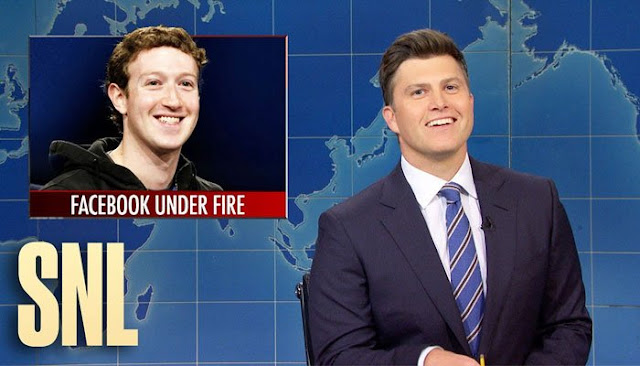 Hosts Colin Jost and Michael Che didn’t hold themselves back in ridiculing the company after an eventful week at the Facebook HQs over a whistleblower’s revelations about the firm and the application facing an outage as well.

“This week we found out that sometimes a guy in a hoodie actually can be dangerous,” begam Jost.

Jost—also a Harvard graduate like Zuckerberg—said he was at the Ivy League school around the same time as the young tech mogul in 2004.

“I feel terrible. Sometimes I wish I had a time machine so I could go back to college and find Mark and say, ‘hey man!… Can I be part of your company?” he said.

“Which explains their rival’s new slogan, ‘TikTok, bring your fat [expletive] over here,” he quipped.

Che chimed in to the mockery of Facebook, saying: “This week, Instagram was down for an entire day, forcing many Instagram addicts to fill their time with Twitter, TikTok or hosting ‘SNL,’” he said, subtly pulling guest host Kim Kardashian’s leg.

Why the FBI searching Trump’s Mar-a-Lago home may be a sign of things to...