Last week’s poll reveals that Honor’s independent lifestyles is off to a good start – 65% of participants voted in favor of the three Honor 50 series modes. Or need to tranquil we say two of the gadgets.

The Honor 50 Professional emerged as the clear favorite with 100W fast charging, large 6.72” display and an ultrawide selfie camera. At least those are the advantages it holds over its siblings, which share features care for the 108MP main and 8MP ultrawide cameras on the back.

The Honor 50 proved decently popular as smartly. It is cheaper, nevertheless has the same Snapdragon 778G chipset and decently fast 66W charging too.

Nonetheless why is it that none of them have a telephoto module? It’s fairly rare in the sub-€500 segment where the Honors compete, nevertheless it’s not exactly unheard of either. And no OIS on the main camera was another general criticism in the feedback, along with the usual compromises of no 3.5mm headphone jack and no memory card slot. 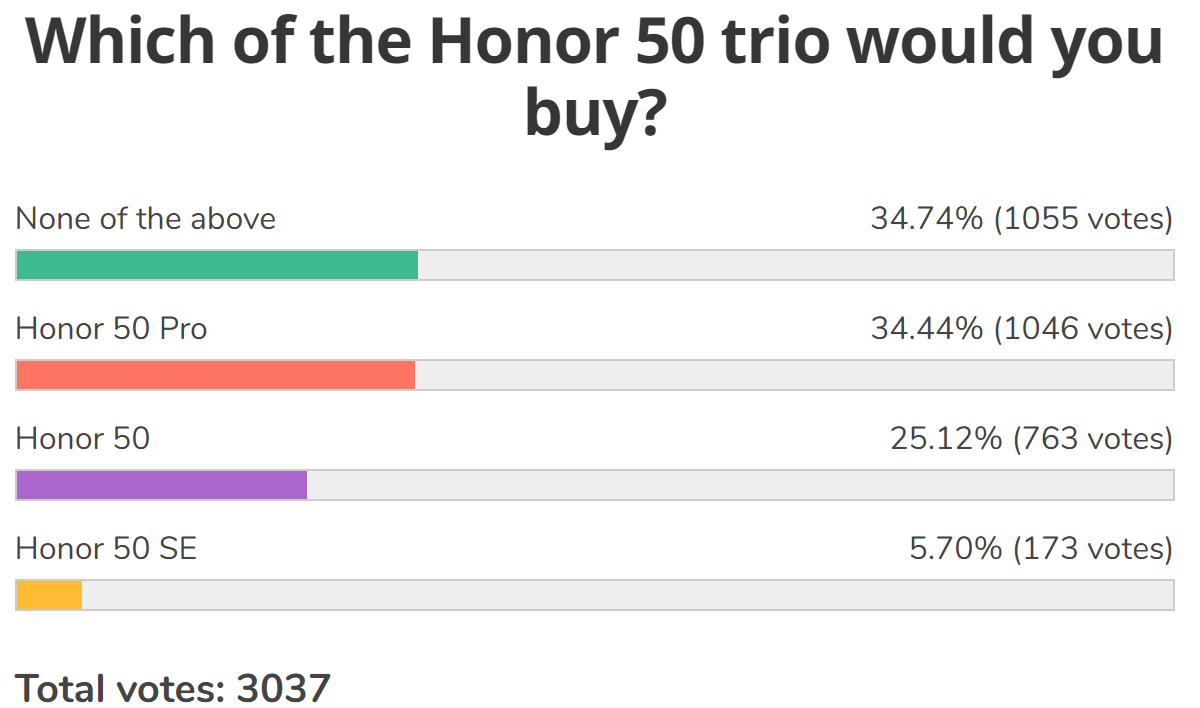 Whereas there was some debate over whether the 50 Professional is really better than its vanilla sibling, there was no debate over the Honor 50 SE – this doesn’t seem care for a particularly popular model. The pricing doesn’t lend a hand as the vanilla model is around €130 cheaper than the Professional whereas having very similar specs, nevertheless the SE is handiest €35 much less than the vanilla model whereas dropping more than €35 in features.

About a third of voters don’t have mighty faith in the Honor 50 series. A few of those point to the missing features as a reason not to accept one. Others doubt that Honor can accept smartly its market presence open air of China.

This is a query for the future as the 50 series is not yet available globally. For now the company handiest says that “at a later date, the Honor 50 will also be available in international markets open air of China, including France, Malaysia, Mexico, Russia, Saudi Arabia, and the U.Okay.”. 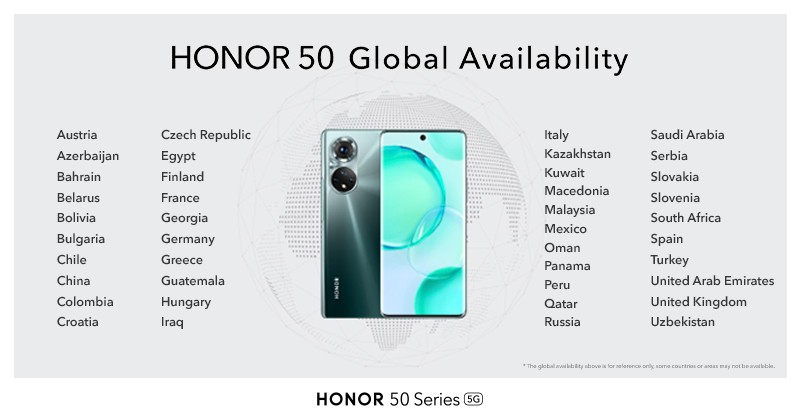 Supply:
Weekly poll results: the independent Honor is off to a good start with the Honor 50 series