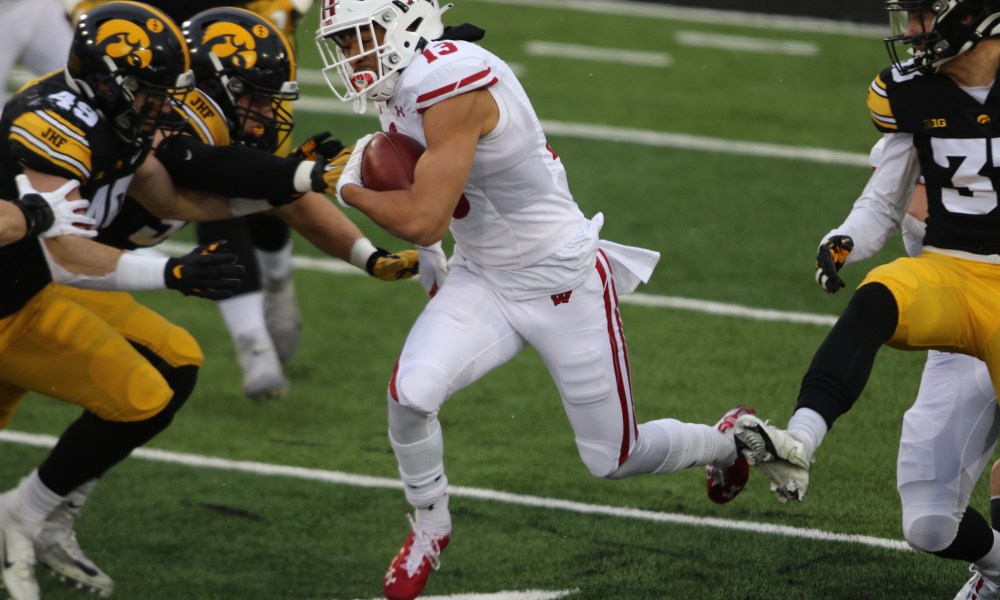 Wisconsin kick returner Devin Chandler entered the transfer portal after the team’s victory over Army last week. The news came Monday afternoon, so Wisconsin had already released its depth chart for the contest at Purdue.

Both wide receiver Chimere Dike and cornerback Faion Hicks returned kicks for the Badgers on Saturday. Dike took two kicks back for 34 total yards and a 17-yard average. Hicks’ only return was a fair catch.

Wisconsin’s special teams depth chart for Saturday’s game against Iowa sees a change at that position:

Sept. 21, 2019; Madison, Wisconsin; A Wisconsin Badgers helmet sits on the sidelines during the game against the Michigan Wolverines at Camp Randall Stadium. Jeff Hanisch-USA TODAY Sports

Wide receiver Chimere Dike #13 of the Wisconsin Badgers runs up the field during the first half between linebacker Nick Niemann #49 and defensive back Riley Moss #33 of the Iowa Hawkeyes at Kinnick Stadium on Dec. 12, 2020 in Iowa City, Iowa. Matthew Holst/Getty Images

William says focus must be earth not space